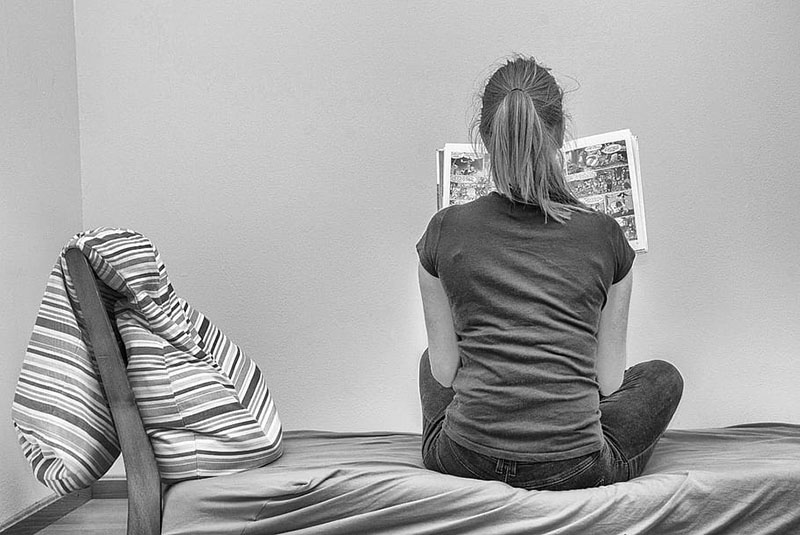 Why Adults Should Read Comic Books Too

While comics play a great role in getting younger students to develop reading habits – both by meeting individual reading needs and to help form a love for reading – we are finally moving past the misconception that the medium is just for kids. Comics are for all ages, whether you are new to the medium or have loved it for years. Here’s why.

Comics are fun to read

Maybe the best thing about comics is that almost any topic can be found in a comic book – nothing is too far-fetched as a subject matter! Aliens, man-eating slugs, vampires, ghosts, post-apocalyptic nightmare realms…the list goes on. Comics explore topics that stretch far and wide, and are a medium where imagination runs wild, and not just in terms of the story, but the art as well.

Other times, certain subject matters need to be made riveting. Comics can be used as learning tools across a wide range of subjects, such as languages, science, and even mathematics. Oftentimes, when it’s in a comic, it is easier to digest.

Smashed: Junji Ito Story Collection entwines scary and strange in a collection of horror manga. The Stuff of Life: A Graphic Guide to Genetics and DNA is a nonfiction science comics for adults, while The Thrilling Adventures of Lovelace and Babbage: The (Mostly) True Story of the First Computer is inspired by the lives of Ada Lovelace and Charles Babbage.

While young readers are naturally drawn to comics (think comics series like The Adventures of Tintin and Mr Kiasu), comics can be used to tell stories of any content, in any style, and for any audience. Japanese, European and American comics each evolved differently, but generally speaking, comics were used to depict cultural and historical events, satirical or otherwise. Even today, with many child-friendly comics targeted at very specific age groups and market segments, more than half of comic book readers are still adults. So it is entirely possible for the children and adults to be visiting a comics shop together, each absorbed by the variety of content on offer in separate corners of the same shop.

Sayonara, Zetsubou-Sensei, When the Wind Blows and Watchmen are satirical works that encapsulate feelings on war, politics, and life.

Comics make readers engage on a plane that extends beyond words on a page. The process is active: Text and images come together, but the reader makes meaning out of the combination, filling in the gap between panels, gutters and speech bubbles. When we read comics, we’re not only looking at the text but also at the spatial cues, the colours, the visual cues between objects, and all the other elements in the panel. When all of these elements are combined, they can invoke the sense of passage of time, the space of the story, sounds, and action. As the reader’s inference skills and visual literacy improves, comics also pave the way for a deeper understanding of metaphors, symbolisms, and point-of-views.

Furthermore, creators can pack a lot of tiny details into one single panel or page just by how they portray their work. Even a character’s personality traits can be shown in a panel by highlighting an object. For example, a character’s love for a certain movie franchise can be shown entirely through background illustrations; maybe there are movie posters in the room, or memorabilia peeking through their bag. There are so many visual cues that artists use to convey plenty of information – all in just a few panels.

Trese, Ten Sticks and One Rice, and Liquid City are beautifully crafted graphic novels that encapsulate characters’ emotions and settings.

Oftentimes, narratives in comics also mirror real-world events. X-Men, for example, reflected racial tensions, and Captain America was created during World War II to serve as motivation and inspiration for troops. Similarly, a lot of stories in comics, even now, mirror our ever-changing world and current social issues, offering intellectually stimulating, empowering stories. There are also comics that deal with topics like grief, growing up, and other hardships of life – and sometimes, these heavy topics can be expressed more poignantly in this widely-accessible medium.

SOUND: A Comics Anthology, Persepolis, and Dancing at the Pity Party are graphic novels that poignantly discuss topics that can be difficult to breach.

Ever wondered how the instructions in an IKEA manual can guide anyone, anywhere? As visual learners, in contrast to prose, pictures can help a wide range of people with understanding, which can go on and on for pages…this is something that could just be displayed in a couple of panels!

Often in prose, a reader can also lose concentration when there are unknown words. Yet, comics don’t generally have this problem. The story can still be followed by its art and other elements. In fact, comics are a good resource to learn more vocabulary – this could especially help those learning a new language.

More than just expanding one’s vocabulary within the English language, the visual accompaniment inherent to comics allows readers to follow the story even if they aren’t speakers of the language the comic is printed in! Manga is a great example of this – known as a representation of Japanese culture and history, manga started gaining traction with a new generation of non-Japanese people around the world who were interested in learning the country’s culture and language. Today, manga has become synonymous with Japanese popular culture, and is enjoyed worldwide by readers of all ages.

The Arrival, The Number 73304-23-4153-6-96-8, and Un océan d’amour are examples of graphic novels that do not feature any dialogue, yet tell compelling stories through visuals and other elements.

Comics is a unique medium that encourages reader participation, and when immersed in a comic, you are in charge of your (reading) journey. What are you waiting for? Once you set foot in this vast, inviting realm, to quote the magical words of Dr Suess, “Oh, the Places You’ll Go!”

Psst! Remember to check out all the books mentioned in this post! DE recommends them to ages 18+.

Work-life Balance: A seamless blend of comics and prose where even familiar Southeast Asian creatures are trapped in modern-day work culture’s cycle of duplicity