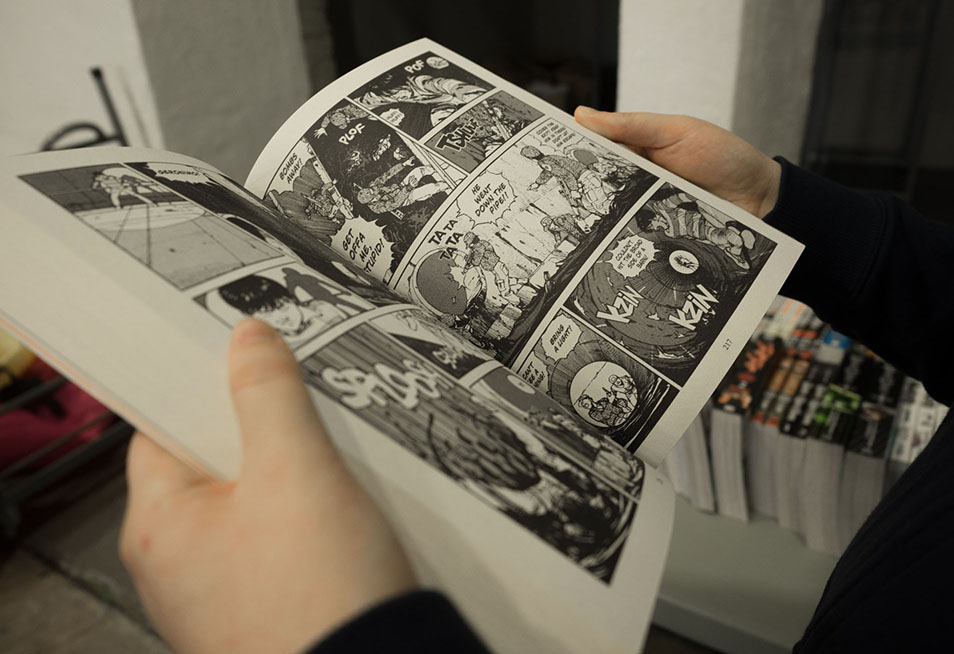 Educators, researchers and comic artists have been advocating the use of comics to teach for a good while now. But why exactly is this the case? More than just fun and laughter, comics do have a place in classrooms and other learning environments. Here are the reasons.

Comics are appealing and easy to remember

Comics is a medium that combines words and visuals in a way that optimises the strengths of each. Words can be sparingly used to communicate the key points, while the visuals can deliver a lot of context at a glance. Together, they hold more appeal than plain text, are easier to recall and to store in long-term memory.

No wonder comics are often used for explainers, from flight safety instructions to public behaviour advice, from science comics for children to inspirational stories about maker culture. Artists often choose to add visual cuteness and humour or explain the concepts through fiction. Both are good ways to add a fun spin without compromising on clarity. Comics of this type make for great supplementary reading for students outside schools. Secret Coders, Science Comics: The Brain, Cells at Work! all entertain while they educate.

The language of comics is so unique that reading them engages the brain in the same way that an advanced language would! Nuances can be expressed simply by contrasting what characters say with the expressions they wear which may hint at an opposite meaning. Much like in real life, readers can only pick up on these by observing closely.

Each comics culture also develops its own additional visual cues too. Japanese manga readers understand instinctively that a character with sweat drops, furrowed brows and with cross-shaped popping veins are irritated and dismayed. The same way that European bande dessinée readers understand that a character with sweat drops and floating bowler hat on top is panicked and confused.

Comics attune readers to the many ways words and visuals can be combined and interpreted differently. As readers put together clues to understand the narrative, it gives their brain a good workout by triggering complex brain processes. 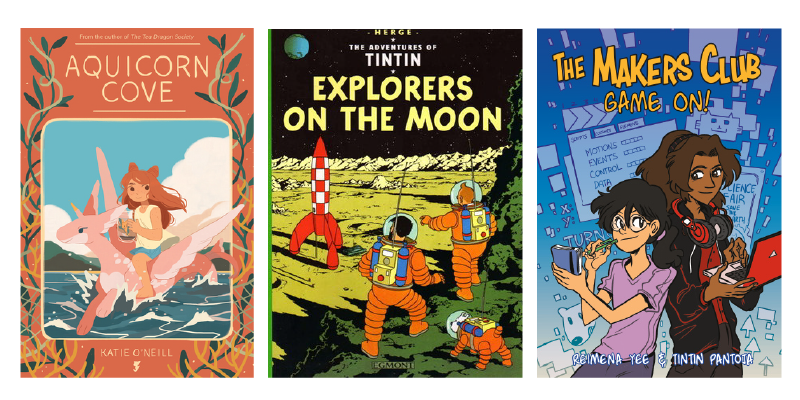 Aquicorn Cove, Tintin: Explorers on the Moon, The Makers Club: Game On!  each come from a different comics culture and explore distinct themes of environmentalism, space travel and maker culture.

Comics as a medium has come a long way from newspaper funnies and has grown into a sophisticated mode of storytelling. Plenty of comics today deal with real world situations, whether through a fictional story or a personal account framed as a memoir. When human figures are simplified as line drawings, readers are more likely to identify with the people in comic books and develop empathy. This is doubly effective when the issues are framed by narrative. Powerful images form strong impressions on students and help them remember and retain the information better.

Comics also have a great capacity to make dark and difficult subjects easier to digest yet leave it open to the readers to decide how deeply to engage with it. Some may choose to read a comic book just for the plot in two hours flat, focusing on the emotional arc of the story and getting only a brief exposure to the themes and issues. Others may have their curiosity piqued and scour the same book for more contextual information. They will gain further understanding of the time, place, culture that the stories or personal accounts are set in. Anne Frank’s Diary: The Graphic Novel, They Called Us Enemy, Illegal are graphic novels that deal with themes of discrimination, war, refugee and migration, all told from the eyes of children.

Comics encourage readers to make meaning for themselves

Ultimately, comics is such a versatile medium that involves their readers intensely in the process of meaning-making. We live in the Internet Age where we are constantly bombarded with images and unfiltered messages. Visual and media literacy is an increasingly important skill, even for children at a young age.

In April 2020, an American non-profit organisation of comics creators called Comic Book Legal Defense Fund set up a League of Graphic Novel Educators. It brings together people around the world who stand by the power of graphic storytelling, furthering the message that students can benefit from reading comics — and educators can benefit too from using them to teach. 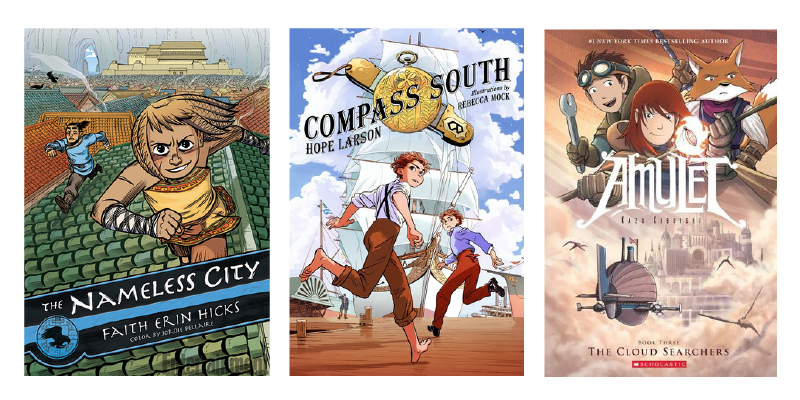 Check out the vibrant covers of The Nameless City, Compass South, Amulet: The Cloud Searchers. What kinds of adventures will readers experience?

Psst! Remember to check out all the books mentioned in this post! DE recommends them to children aged 7-15. For specific recommendations on how to use comics in classrooms, the Comic Book Legal Defense Fund website offers lists and resources. 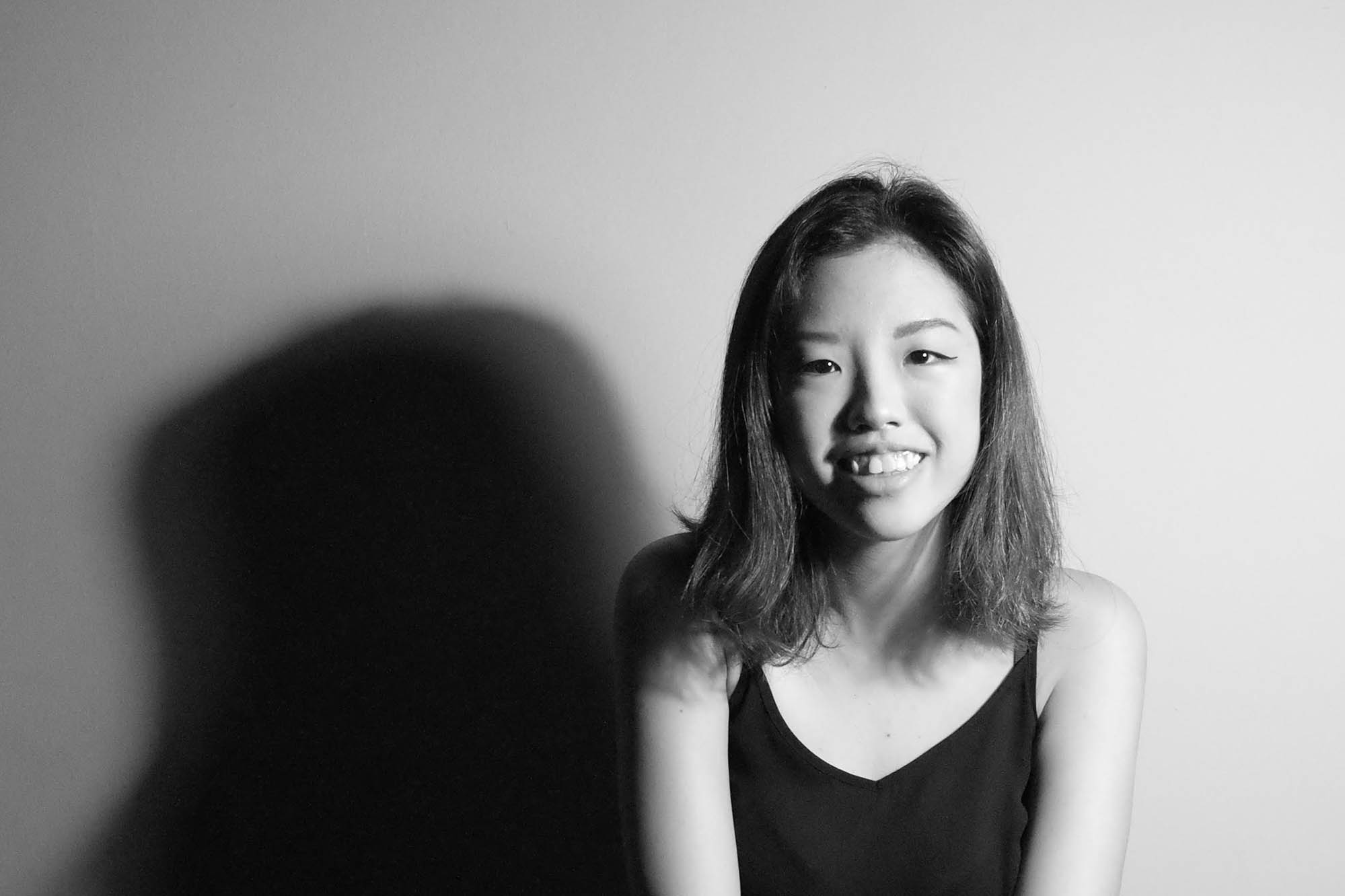 Launching a Virtual Event with Creatives