What can you do with a giant sheet of paper?

You can make giant comics!

Difference Engine led the workshop “Dream Big: Make Giant Comics!” for young creators to learn more about comics and allow them to unleash their creativity. Conducted on 8 September, the workshop was part of the Asian Festival of Children’s Content (AFCC) 2019.

The workshop started with a brief presentation on the basics of comics, such as characters, compositions, speech bubbles, and story. The participants were given character expression worksheets to practise their drawing, before moving on to the main activity. Everyone received a giant sheet of paper, crayons, and various stencils to assist them in drawing if they’d like. From there on, the young artists were free to create any comic they wanted.

There were many types of comics creators we saw at our workshop!

Some artists utilised the stencils that we provided very well… …while some preferred to go freehand, creating their own characters! This girl did a very detailed, colourful comic: Another freehand comic, featuring lots of characters and a city under attack by a snot monster called Bolagolba that declares “Earth shall die!” Another artist decided to use the large paper to create a very long comic with very small panels. Some combined stencil drawings with their own drawings, creating something new. Here is an exciting story about a burger knight who defended a city against a monster, received a lot of money from the citizens for his efforts, and spent it on 100 bottles of beer!

He used stencils for the first few panels… …and drew the last panels by himself! Some made tributes to their favourite characters and stories, such as this boy who drew a fan-comic of Captain Underpants: And finally, we also read a grim science-fiction that ends with the Earth being swallowed up by a red supergiant, 500000 billion years in the future! Well, the world’s going to end one way or another. The workshop had the room bustling with budding creators, excitedly pouring their ideas onto paper. Each participant went home carrying a roll of their giant comic. For parents and educators of young, aspiring artists or comics enthusiasts, it may prove useful to recreate this activity elsewhere. As a medium to express stories, characters and ideas, it may even bring young creators one step closer to publishing their very own comic book one day.

Graphic Medicine: Remembering the Individual Behind the Illness 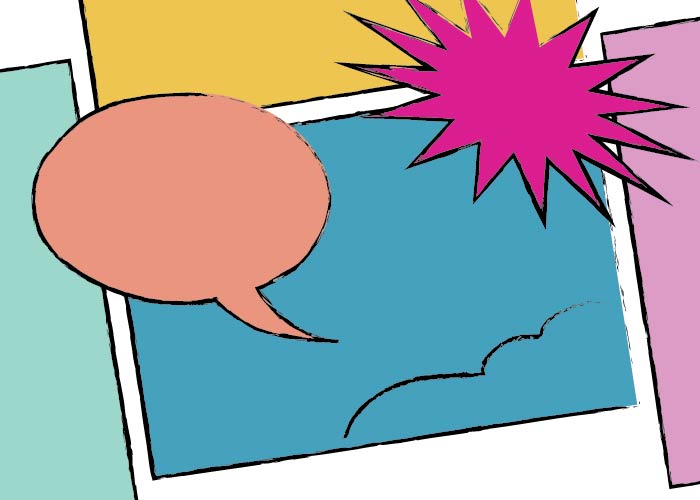