As we embrace what 2022 has to offer to us, the Difference Engine team is proud to announce three original graphic novels and two DE Shorts that will be published this year, along with new and exciting projects for 2023!

As part of the Potato Productions family, our team believes in being creative, doing good, and last but not least, having fun!

This is why one of our core values is to publish stories our readers can relate to and see themselves represented in. Our comics, for adults and children alike, are written and illustrated by Southeast Asian creators who offer unique and personal perspectives on a variety of topics that are close to their hearts. We hope you’ll find a story that speaks to you.

By Melanie Lee and Arif Rafhan

The adventures of Amazing Ash & Superhero Ah Ma continue! As Team ASH grows in number, Ash juggles being a responsible superhero, a supportive grandchild and a kind friend. Meanwhile, is Ah Ma’s dementia getting worse? How will the team cope with a new nemesis and the strange developments happening in town? Join Ash, Ah Ma, and the rest of Team ASH as they try to save the neighbourhood and, at the same time, face the changes that come with growing up and growing old.

Watch out for the conclusion to the Amazing Ash & Superhero Ah Ma trilogy in 2023!

By Wayne Rée and Benjamin Chee

When a malevolent multinational arrives on our shores, familiar creatures like pontianaks, manananggals, rākṣasīs and ba jiao guis are forced out of their jobs. Some give in and sign up for mundane corporate life – but others would rather fight than join the broken-spirited hordes of the (desk)bound.

Wayne Rée’s prose and Benjamin Chee’s comics intertwine in this collection to bring you familiar Asian mythology in an even more familiar setting: the realm of dead-end work, glass ceilings, and truly hellish bosses.

Along with the graphic novel, readers can also look forward to a short web browser game, Internal Damnation: Pick Your Hell.

In partnership with developers Lionfish Studios and audio studio Imba Interactive, creators Wayne Rée and Benjamin Chee bring you a hilarious and/or harrowing interactive text game where you play as an intern in the hellish corporation known only as The Company.

Impress your supervisors by fetching coffee, crafting SEO-friendly social media posts and slogging through your average internship tasks. Just try not to get killed! (Oh, and a little word of warning: never trust your colleagues – especially the demons.)

Sophomore student Rara detests animals. And she absolutely hates cats. Until one fateful night when a fatal bike accident changes everything…

A second chance at life beckons, but there’s a catch: She has to get her body back. The bigger catch? She’s now a cat.

Armed with two tails and with a long lost friend by her side, Rara ventures on a whimsical journey to show us the very human nature of animals, and the immense space that we carry in our hearts for reconciliation.

By Johanes Park and Jessica Leman

Gula Gulali is a young Magi who has the delightful power of turning the things around her into cakes and sweets! She lives in the city of Manakarta in the realm of Terra, where the non-magical people don’t think too highly of Magis. With her bright pink hair and pointed ears, Gula sticks out like a sore thumb in the regular school she attends.

When another young Magi joins Gula’s school, his obsession with Terran culture annoys her to no end. Not to mention, his weird behaviour is bringing far too much attention to the Magi who are already facing prejudice from Terrans. Now, Gula has to navigate friendships, slander, and a series of magical mishaps — all while the success of a school drama production is at stake!

Will she find acceptance and belonging, or will she have to give up her magic to fit in?

This graphic novel is the first book of a multi-part series.

By Gina Chew and Nadhir Nor

Kyra’s younger brother lays on his deathbed and she’s stricken with grief. Spirit Keeper Eric was just there to do his job and bring a Soul into the Afterlife. So why do they feel an inexplicable connection when they meet?

In this great expanse where what’s lost is found, fate, memories, and love intertwine as Kyra and Eric embark on a daring rescue mission to save a little boy from Death’s clutches. Afterlife is an epic Southeast Asian-inspired young adult fantasy graphic novel about one girl’s sacrifice as she fights to save what she loves, without losing herself in the midst of it all…

Some might say that food is the heart of Southeast Asia.

The region’s multitude of cuisines is a colourful reflection of the many cultures that have made home in the land. In this flavourful graphic novel, cartoonist and foodie Max Loh delves into the importance of food in the region, its celebration of traditional dishes along with the evolution of others, and the stories of people whose lives are interwoven with our favourite foods.

Dishing out factual observations on food, culture, and heritage, paired with personal experiences from Max Loh, this book serves up an accessible read of Southeast Asia’s complex relationship with food for the gastronomer or casual food lover alike.

Difference Engine is also adding two stories to our latest imprint, DE Shorts, which publishes self-contained stories on a wide range of social issues. With DE Shorts, we aim to publish stories of lived and shared experiences – we hope that it will be a starting point for openness and candid discussion.

By Wayne Rée and Nurjannah Suhaimi

It’s been a while since you caught up with Charissa. You finally – finally! – find the time to meet for coffee, but after the usual pleasantries, she opens up to you.

She’s been diagnosed with depression. A moment like this can feel like a fork in the road. Will it lead to an emotionally rewarding conversation or… cause a lot of confusion and awkwardness?

Many of us still largely choose not to talk about mental health – and that often breeds misconceptions and social stigma. Join Charissa as she guides you through these unfamiliar territories and terrains that can be difficult to navigate.

By Vinita Ramani and Griselda Gabriele

Suffering from postpartum depression after the birth of her first child, a 42-year-old musters up the courage to try for another baby. Two trimesters of nausea, exhaustion, and recurrent, intense dreams pass, only for her to discover that her baby has passed away in the womb.

And so begins a surreal life on the other side of loss, where grief and ecstasy are often bedfellows, tears come from nowhere, other people’s babies become the objects of intense affection, and where the baby that never came to be, shows up in stars, stones, seeds and her toddler’s imagination.

Melanie Lee is the author of the picture book series The Adventures of Squirky the Alien, which picked up the Crystal Kite Award (Middle East/India/Asia division) in 2016. She is also an Associate Faculty at the Singapore University of Social Sciences developing and teaching media writing courses.

Arif Rafhan is a comic and pre-production artist. His work has been published in more than 10 books to date by MPH, Buku Fixi, Maple Comics, and Marshall Cavendish. He also works with various production companies creating pre-production visuals such as concept art, character designs, environment designs, and storyboards.

Wayne Rée is the co-creator of the upcoming prose/comics mash-up, Work-Life Balance, and the short comic about mental health, The Conversation, as well as the author of the short story collection, Tales From A Tiny Room. His work’s been included in several fiction publications, most notably Infinite Worlds Magazine and LONTAR: The Journal of Southeast Asian Speculative Fiction. He is also the co-creator of the narrative podcast, Ghost Maps.

Benjamin Chee is a game artist by day, and a comic creator by night. He is the creator of Charsiew Space, a story about smugglers in spaceships cooking forbidden pork. He has also published 6 other titles, and has contributed to multiple anthologies including LONTAR Issue #5, Liquid City Vol. 3, Asian Monsters, and SOUND: A Comics Anthology.

Kifurai a.k.a. Kiana Fedly is an illustrator and full-time animal lover. She comes from a family in the creative field and went on to study at Jakarta Institute of Arts (IKJ). With a background in illustration, she spent four years freelancing for creative agencies and various clients such as musicians, F&B businesses and startups, storyboarding, creating and illustrating cute characters for mascots and digital content.

Johanes Park and Jessica Leman are an artist-writer couple. They met while pursuing their bachelor degrees, and later received their BA in Digital Animation from Kyungsung University, South Korea. In 2021, Johanes received his Master of Art degree from Jakarta Institute of Art while Jessica received her Master of Management degree from Prasetiya Mulya University. They reside in Jakarta, Indonesia, where Johanes works full-time as a lecturer in a private university, and occasionally teaches basic drawing for children on the weekends.

Gina Chew is a Singaporean writer most acclaimed for her debut play Permanence. An English Literature graduate from the National University of Singapore, she brings her interest in theatre and its myriad of stories-come-to-life to other mediums including film, television and online media such as videos and animated stories.

Nadhir Nor is a Malaysian artist based in Selangor with an interest in all things otherworldly. He believes that the magic of finding the otherworldly in the mundane, and vice versa, makes for a story worth telling, and uses his works to explore the relationships between mythology and ancient cultures with modern society.

Max Loh is an as-and-when comic artist who’s still navigating the ideal middle ground between practicality and passion. When he isn’t drawing, he tries his best to slowly eat his way through the world, despite international travel and dining out being a rare treat nowadays.

Nurjannah Suhaimi is a designer based in Singapore. She is a visual communications graduate from Nanyang Technological University, the School of Art, Design, Media. As a self-motivated and proactive person, she takes pride in being able to adapt in stressful situations, and is always seeking new experiences to keep her on her toes!

Vinita Ramani is a writer and editor. She has previously worked as a journalist for various local and regional publications, and as a publicist for film festivals both in Singapore and abroad.

Griselda Gabriele is a Singapore-based Indonesian artist with experience in editorial illustration and visual development for games and animation. She’s passionate about storytelling, with a special interest in exploring the diverse history, (pop) culture, and faith of Indonesia and Southeast Asia.

**Titles and illustrations are not final.

For updates on these titles and more, sign up for our e-newsletter.

If you have a story you’d like to tell, head here to find out more details on submitting your pitch or manuscript to us. We’d love to hear from you! 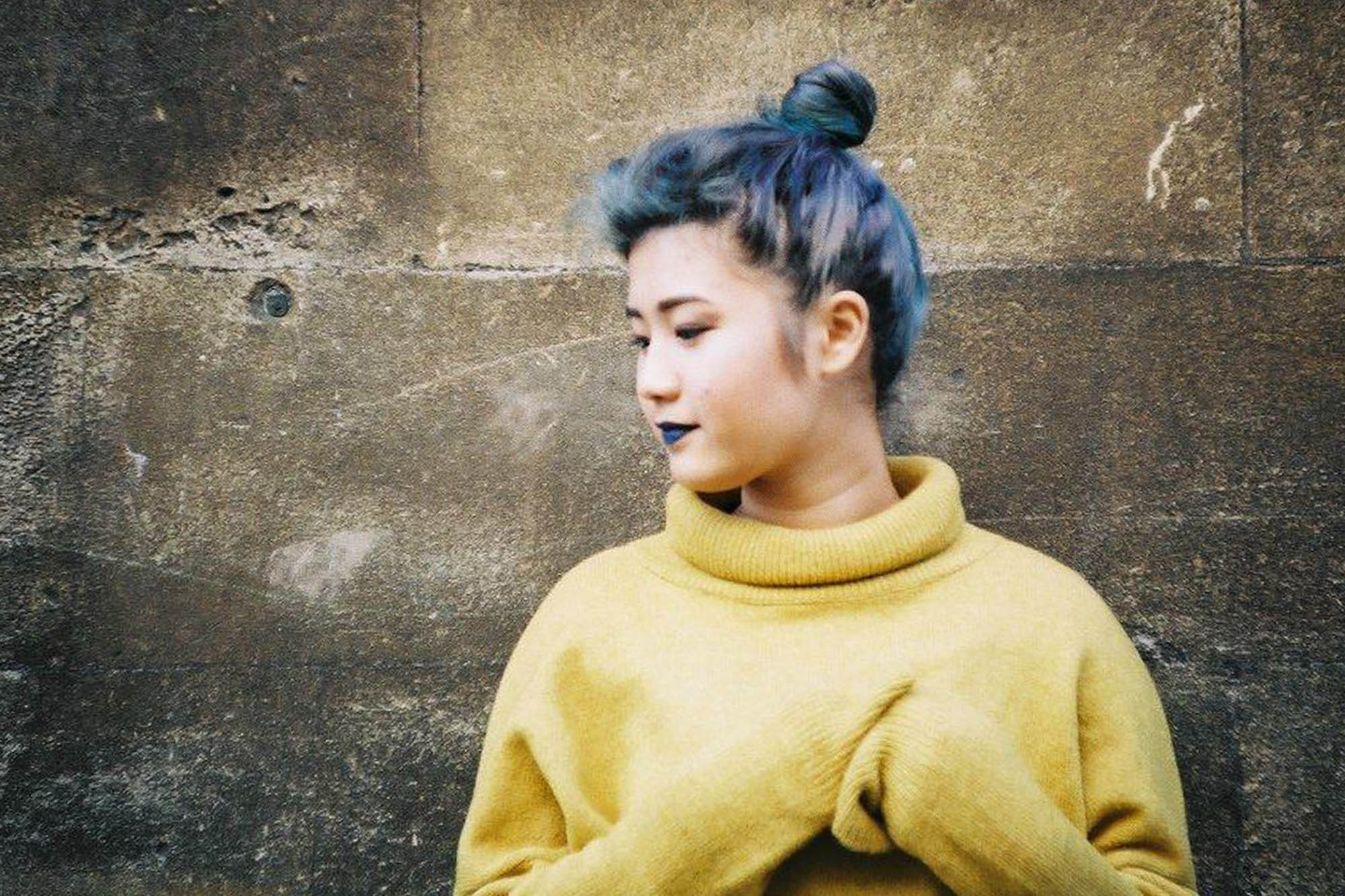